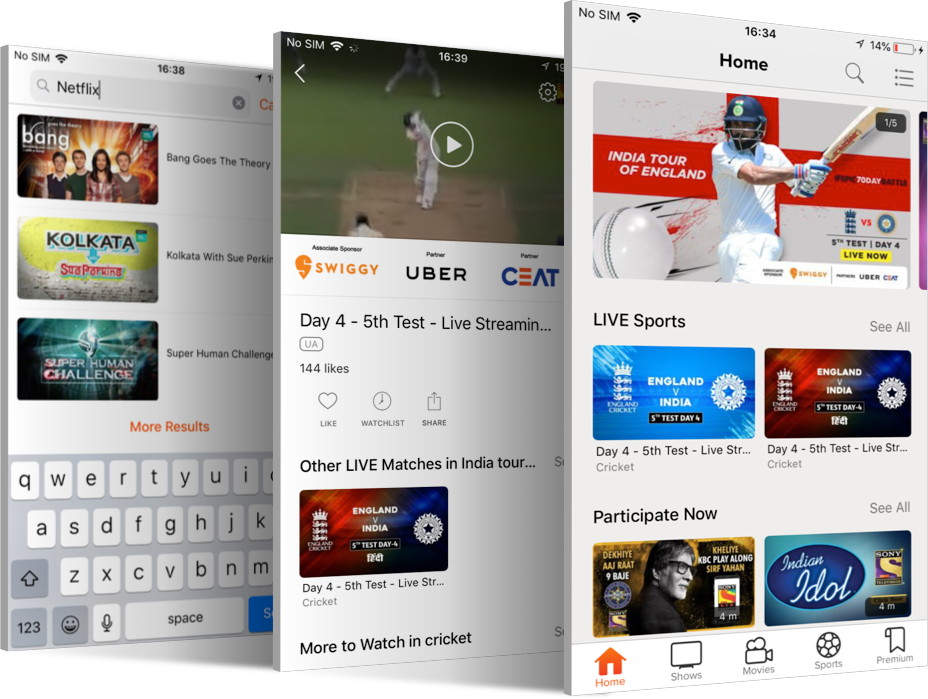 There were 2 basic approaches to marketing in this domain: competition and user search pattern. Looking at the vast competition in the arena of on-demand video streaming apps, the approach towards user acquisition had to be very unique from the first step. We identified 10 regional competitors including apps from Star Network, Fox Network and others, which had very intensive, ongoing marketing campaigns. We tracked down their activities and analyzed their keywords to understand gaps and make recommendations.

Secondly, we analyzed the user search patterns for video streaming apps and struck gold realizing the pattern being dynamic with the changing primetime spots and with major television events like a football world cup, Olympics or even the premier of a new season of a mass favorite sitcom.

We intended to closely monitor and apply well tested approaches to combine the optimization techniques with user acquisition campaigns that accurately reaches the audience and maximize ROI.

The idea was to create a very dynamic ASO campaign that would change enough portion of Title and Description of the app each time a major event or primetime change occurs. Thus, ensuring a continuous improvisation, well-in-advance, and implementing the changes including the screens on the stores. The result was an incessant increase in local keyword rankings that resonating with short-term search peaks of users. Adding our efforts to their existing marketing infrastructure, the app now stands among the Top #5 apps in the Entertainment category.

We combined the ASO techniques to closely work with a target intensive mobile ad campaign with a direct-to-install or Cost-Per-Install (CPI) campaign that benefits the client to budget their user acquisition costs by paying directly for app users rather than ad viewers. Our combined effort with their other marketing campaigns brought a whopping 100+ million downloads on both the App Store and Play Store together.